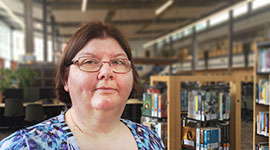 Population: number of people in a particular geographic location

Why do you want this information? Your community is defined by the people living there. Their characteristics determine the services or assets that are available or missing (gaps). For example, a community with school-aged children will possible require recreation programs for them. A community with low-income earners may need food security programs.

A census is a count of the people and usually includes additional descriptive data about them like gender, age, income, etc.

Census Division (CD): general term for provincially legislated areas (such as county and regional district) or their equivalents. Census divisions are intermediate geographic areas between the province/territory level and the municipality (census subdivision).

Census Metropolitan Area (CMA): Area consisting of one or more neighbouring municipalities situated around a population centre (known as the core); must have a total population of at least 100,000 of which 50,000 or more live in the core.  All CMAs are subdivided into census tracts.

Census Tract (CT): small and relatively stable areas with a population between 2,500 and 8,000 persons; located in census metropolitan areas [CMAs] and in census agglomerations [CAs] that have a core population ≥ 50,000

Population Centre: Area with a population of at least 1,000 and no fewer than 400 persons per square kilometre.  Taken together, population centres and rural areas cover all of Canada.

The National Household Survey (NHS) is the census long form.

In 2011, the Federal Government discontinued the mandatory long form and replaced it with a voluntary form.

In 2016, the mandatory NHS (long form) was re-instituted.

NHS data may not be comparable over census years for the above reasons.

These publications interpret statistical data and create the context or story behind the numbers.

Local community websites are great sources of information about the community. They may even have a community profile with statistics available. Consider the Economic Development Offices or Chamber of Commerce as information sources. Some of the same information you need to describe the community is important to attracting new businesses to a community.

Community Information databases provide listings of community service organizations, including agencies, non-profits and government services.  Searchable by topic, such as homelessness, or by service provider name.